Gluten-Free in the Mile High City

Back in December, I had a travel first. I planned a totally impromptu weekend trip, hopped on a plane, and met my friend David for a rendezvous in Denver, Colorado. While most of my trip planning is rather fast and furious, this trip kind of came out of nowhere and it excited me that I pulled this off with less than 2 weeks of planning. Granted I was only going to Denver for 3 days, but I was excited to become one of those “pick up and go” travelers and meet a friend in a city that neither of us had been to before. Traveling with a  friend who is a vegetarian and me a Celiac, we knew our food choices could be limited in Denver. With a little research, we ate well, enjoyed the Mile High City together exploring the 16th Street Mall, walking all over Denver, and spending an awesome afternoon at the Denver Museum of Nature and Science. 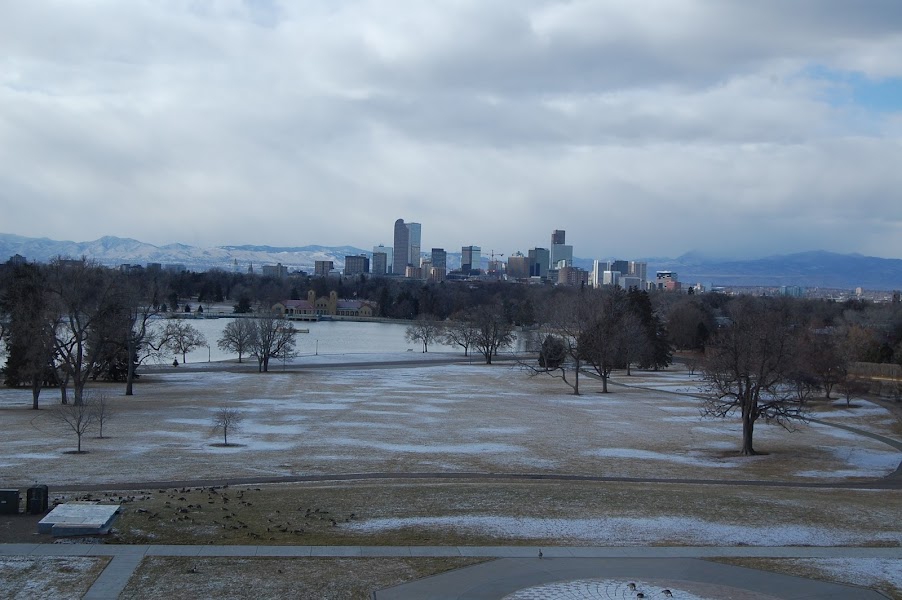 View from the Denver Museum of Nature and Science

Our first meal kind of sucked. We stopped at Rialto Cafe on the 16th Street Mall for brunch as we set out to explore Denver for the first time. I read they had gluten-free menu items available for dinner, but there was nothing explicitly gluten-free on the menu for brunch. David and I both wound up with a gross omelettes. Brunch would have been a lot better if I could have enjoyed the endless mimosa bar, but I have been limiting my drinking due to other health issues and I chose not to imbibe.

Dinner on Saturday night was awesome. We made a reservation at Vesta Dipping Grill after recommendations from my friend and rave reviews from allergen-free travelers online. Vesta has not one, but FOUR, allergen-friendly menus on their website including gluten, nut, lactose, and shellfish. I used OpenTable to make our reservation which allows you to include a direct note to the restaurant to alert them of your allergies before you even get there. When we arrived at Vesta, the hostess already knew I needed the gluten and shellfish menus and gave them both to me when we sat down. Now that is service! I was able to cross-reference the menus when ordering and spoke to the waiter extensively about what David and I were going to order for dinner that night. The waitstaff was very patient with the Celiac/shellfish-allergy girl and the vegetarian guy. We ordered tons of tapas including cheeses, veggies, meats (for me), and tons of dipping sauces which are Vesta’s signature sides. These sauces range from savory to spicy and everything in between. We had a great time trying all of the sauces and sharing our meal. 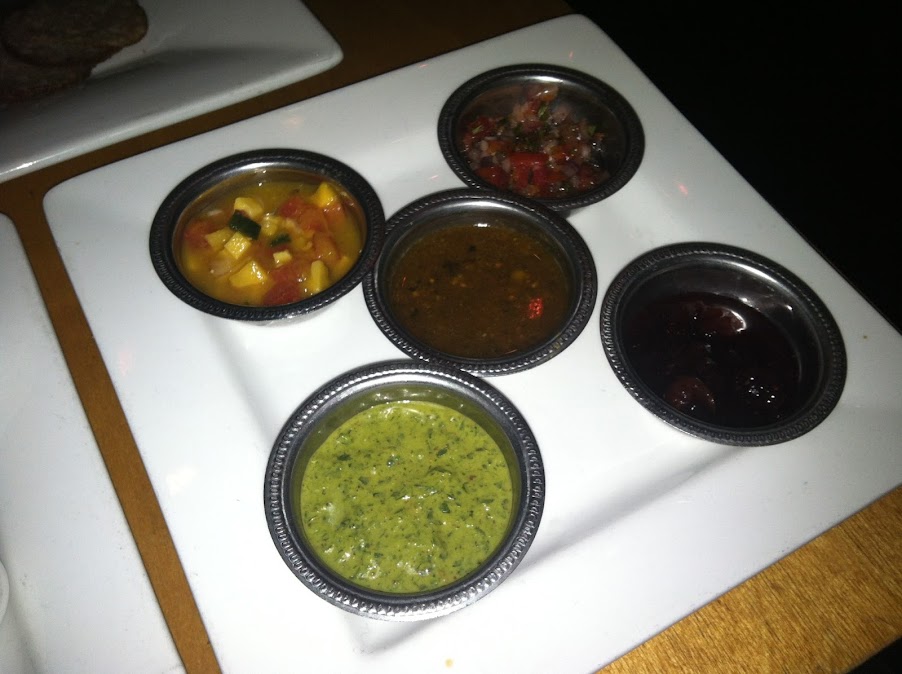 Dipping away at Vesta Dipping Grill

Sunday morning was probably one of my favorite meals of the trip to Denver. It was FREEZING but sunny as David and I trekked over to Watercourse Foods. This place not only had an extensive gluten-free menu but was vegetarian too. This was a brunch match made in heaven for the two of us. I chowed down on the biggest gluten-free banana pancakes of my life while David ate some kind of tofu chorizo egg scramble. I also had an awesome smoothie which I don’t normally order at restaurants since I make smoothies every single morning at home. I was very pleased with the accommodating staff and the ease of eating both gluten-free and veggie at Watercourse. I highly recommend this quirky restaurant for brunch in Denver. 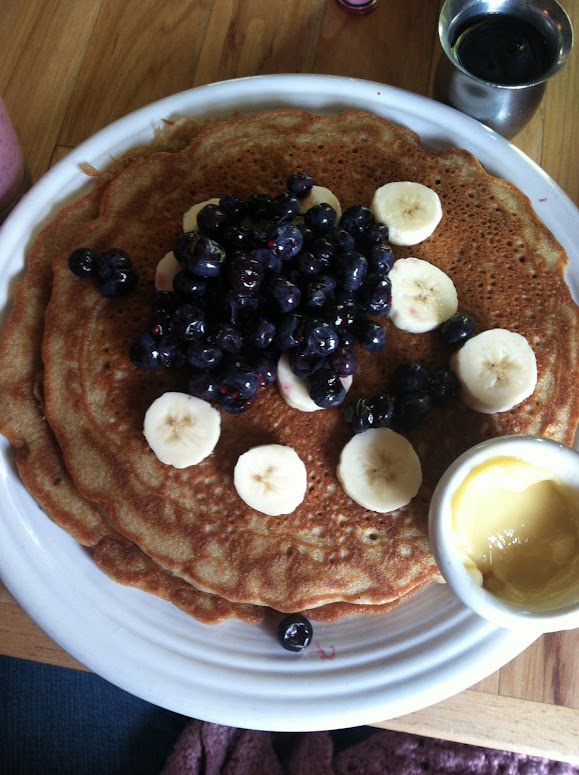 Monday was our last day in Denver and I was sad that our weekend of exploring the Mile High City went so fast. David and I wound up at City O City, the sister restaurant to Watercourse Foods, for brunch. City O City clearly marks all of their menu options for gluten-free, gluten-free options, vegan, vegan options, and if the dish contains nuts. I love easy to navigate menus such as this one. I ate chilaquiles, one of my favorite dishes and had a few cups of delicious coffee. 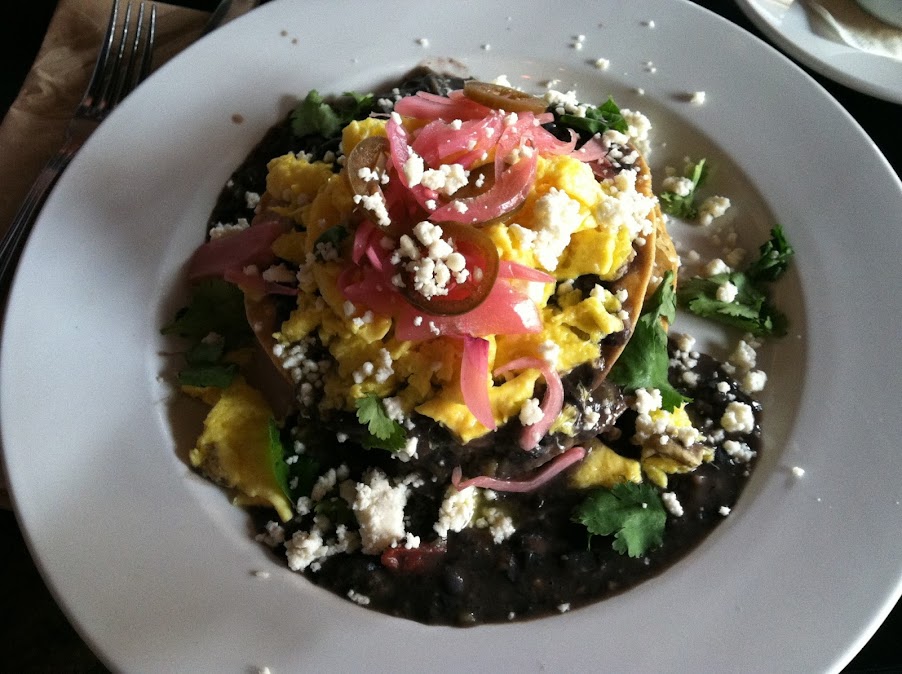 Overall, I was pleased with the gluten-free food I found in Denver. It was a cute (and clean) little city to explore but I am not sure I will head back there any time soon. I was there only three days and I feel that I saw everything I needed to see. I would love to go back and head out to the Rocky Mountains if I ever make it to Colorado again.

Do you have any gluten-free favorites in Denver? Share them in the comments below. 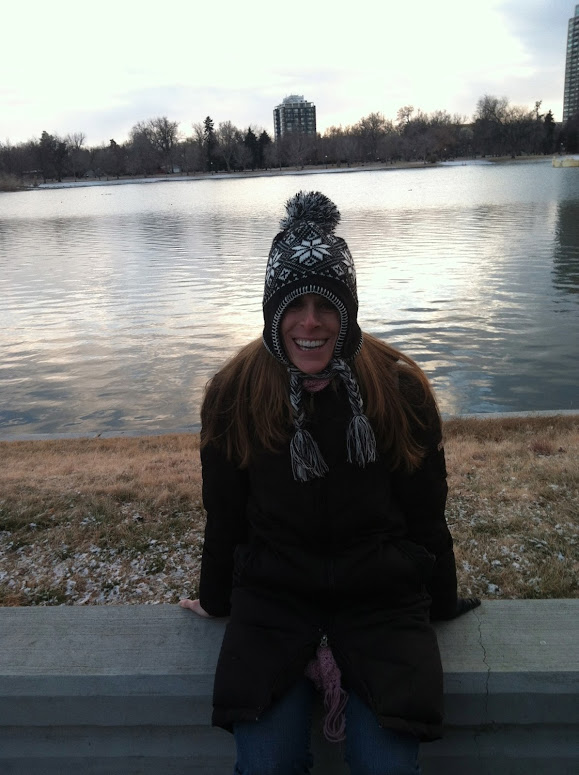 Me freezing in the Mile High City!

Living with celiac disease since 1981 and eating gluten-free long before it was "trendy", Erin Smith has a unique perspective of growing up in the gluten-free community; Founded Gluten-Free Fun in 2007; Founded Gluten-Free Globetrotter® in 2011; Founded GlutenFreelancer® in 2014. Erin was the lead organizer of the NYC Celiac Disease Meetup group, a social community of more than 2,000 members for over a decade. She is the founder of the Santa Cruz Celiac support group. Erin currently resides in New York City and lives 100% gluten-free.
View all posts by Erin Smith →
This entry was posted in Denver, general and tagged gluten-free, restaurant, travel. Bookmark the permalink.

6 Responses to Gluten-Free in the Mile High City